It’s Royal Wedding weekend, but if you’d rather hide indoors and let the regal parade roll by, cinema has been kind to all non-celebrators on this second lazy long weekend of British Summer Time. 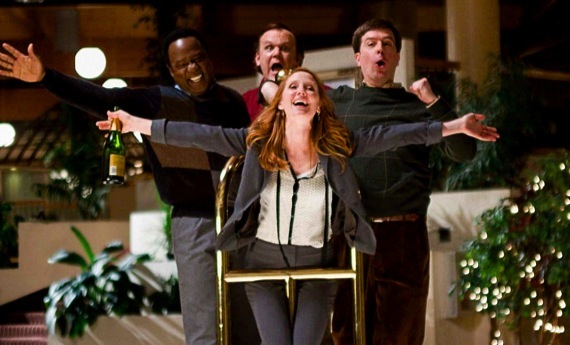 Sent to represent his company at the annual insurance convention in Cedar Rapids, Iowa, Tim (Ed Helms) is soon distracted by three convention veterans (John C. Reilly, Anne Heche and Isiah Whitlock Jr.) who will show him the ropes and push his boundaries. For a guy who plays everything by the book, this convention is like an overdue college road trip.

“Cedar Rapids” has something of the same spirit of “Fargo” in its approach to the earnest natures of its small-towners. The two films, otherwise so different, like their characters. Some of them do unspeakable things, especially in “Fargo,” but none of them want to be evil. They just hope to get out in one piece.
— Roger Ebert, Chicago Sun-Times

From the director and producers of Saw, Josh (Patrick Wilson) and Renai (Rose Byrne) have a happy family with their three young children, but when tragedy strikes their young son, they begin to experience things that cannot be explained by science.

The suddenly frenetic action is matched by a riot of visual references to Japanese horror, Wes Craven and David Lynch, but the strongest analogue for the second half of “Insidious” is one that the filmmakers probably weren’t trying for: it feels like a less poetic version of an M. Night Shyamalan fairy tale.
— Mike Hale, New York Times

A blatant patchwork of every haunted house movie ever made, it still delivers a creep-out (the midget dancing to Tiny Tim), a face-at-the-window shock or a well-crafted scare (it’s behind you!) every few minutes. Not especially well acted and weighed down by silliness, but consistently scary. It hasn’t got more to offer than cheap chills, but sometimes that’s enough
— Kim Newman, Empire 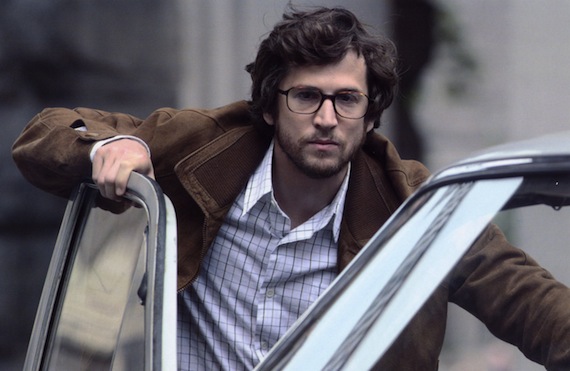 Written and directed by Christian Carion, Farewell follows the French intelligence service as it alerts the U.S. about a Soviet spy operation during the height of the Cold War, setting off an unfortunate chain of events.

Grigoriev was the catalyst for Glasnost, but Christian Carion takes a sober approach. The performances are expert, the friendship compelling, but it cries out for a streak of Le Carré’s damp- paved noir to get pulses racing. [A] slightly underpowered as an espionage thriller, this is nonetheless a fascinating story told with real panache.
— Ian Nathan, Empire

Caron expands the story to provide a bit of political context, but the appearances of Ward’s Reagan and French President Francois Mitterrand (Philippe Magnan) and Willem Dafoe as the head of the CIA needlessly distracts from the bond at the heart of the film. Played by well-known directors Canet and Kusturica, the leads give “Farewell” a humanity that also speaks to the high stakes at hand. They’re fantastic.
— Glenn Whipp, LA Times

Pick of the Week: Thor 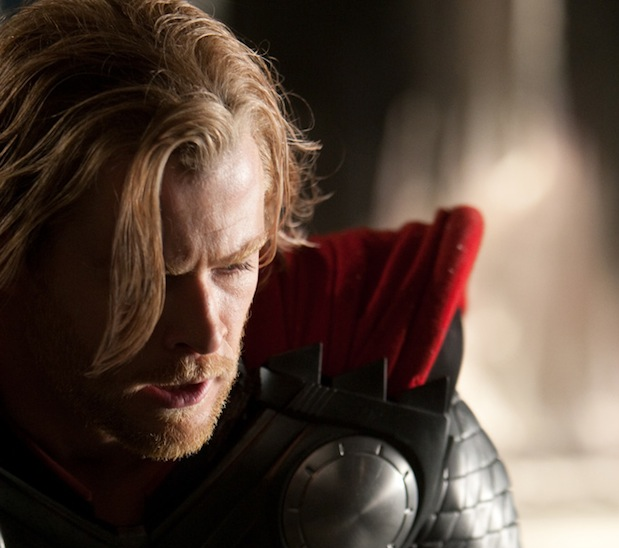 Kenneth Branagh directs Marvel’s latest superhero comic book blockbuster, Thor. Starring Chris Henworth and Natalie Portman alongside Anthony Hopkins, Tom Hiddleson and Stellan Skarsgård, The Mighty Thor, a powerful but arrogant warrior reignites an ancient war. Banished to Earth by father Odin, he is forced to live among humans, where the most dangerous villain of his world sends its darkest forces.

Aside from its excellent visuals and sense of fun as the star adjusts to his surroundings, Thor avoids the common superhero trap of spending an age on back story before the plot kicks in. Director Kenneth Branagh (yes, him) ensures the action comes thick and fast. By Odin’s beard, it’s a winner.
— David Edwards, The Mirror

I’d hesitate to call this a good film, exactly. It’s overlong and all over the place… Some of the supporting players (most notably a stricken Stellan Skarsgård) appear poignantly all at sea. But there’s something weirdly charming about it just the same. Branagh has knocked his film together with a terrific, freewheeling gusto. It has its tongue in its cheek and the fun is infectious. For all of its flaws, Thor’s never a bore.
— Xan Brooks, The Guardian